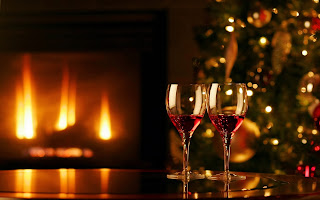 Here's a little something to spice up your holidays. Hope you enjoy!


We got up and got dressed. As Damien got ready to leave he said, “Merry Christmas Reagan. Do you want to get together tonight for dinner?” I told him the same in kind and took him up on his offer for dinner. In all honesty that had been the best Christmas Eve I’d had as an adult and lowkey I was hoping to see him again soon. Because Lord knows that was everything I needed plus some.
Shorts

Closed Until Further Notice By: Honey B. Baker
The last two years in my dating life have been quite simply a disaster. I have been on a couple dates that made me wonder when a camera crew was going to come around the corner. I have met dudes who were full of potential and others who left much to be desired.
Currently, I am jaded, embittered, and tired. For the time being I want to be left alone. My heart and my mind are closed until further notice. Over the past two years, I have endured a series of stinging blows that have wounded me mentally, spiritually, and emotionally. I need time to heal.

Foreword to "To Live, Learn, and Die in Halifax Co.":

I am a lifestyle writer not a journalist. I normally write about funny stuff: love, life, and a laughter. I like making people laugh not think; I leave that to serious people. When I posted this essay it wasn't to attack anyone and it wasn't to be attacked or chided in return. Normally my posts get about 100 views in a couple of weeks but within two hours of me posting this piece it had over 1000 views. Let me be clear, I am not an expert on schools, I am not an expert on taxation, I am not an expert on the finances of Halifax County. However, anyone with two eyes can look around and see that Halifax County is SUFFERING. I wrote this piece because I have seen the effects that our piss poor schools have had on my generation and all subsequent generations. I spoke about my grandmother's work ethic and her desire to see her children do better not to focus on her parenting. It was to focus on the fact that the text…
Read more

Dreaming With A Broken Heart Part II
Three months later....
My life has been pure hell without Kena. She wouldn't return my calls. I even went as far as to go to her parents' house that was damn sure the wrong move I barely escape there without getting my ass whooped by her father who was a former Army drill sergeant. I went to her apartment. She wouldn't answer the door. I went to her job she had security to promptly escort me out. I was truly a man apart. I was sitting at my desk when I got a call from Corey. "Aye man what's up" "Nothing much just sitting in the office.” "Word, well me, Chuck and Kyle are going out Shooters to watch the game tonight. You tryna roll?” Corey had been trying to get me to go out for the past month and I wasn't feeling it. "I think I'm going to chill at the crib and watch it." "Fool you coming out tonight. I'm sick of your ass sitting round the house acting like it's the end of the world. So…
Read more