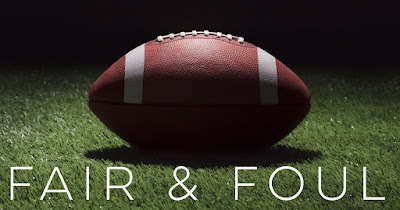 De’Andre Hicks should’ve been drafted number one in the professional football league draft. However, due to an injury caused by a traumatic accident that still haunts him he dropped to the last round of draft after missing almost a whole season. He finds his place with the back-to-back national champions the Carolina Cougars but his competition for the starting position is the best albeit most troubled wide receivers in the league, Jay’Von Riddick. All De’Andre wants to do is provide a better life for his mother and to be able to give his girlfriend, Alana, the things that she deserves as she sacrifices to support his dreams. Will De’Andre succeed? Or will he be left to wonder “what if”?

Alana Mitchell is smart, ambiguous, and beautiful and she knew she loved De’Andre the first time on the campus of Florida Technical University. Alana is following in the footsteps of her father, a successful corporate attorney and well on her way to becoming a superstar lawyer in her own right. A native of Palm Beach, Florida her background is one of wealth and privilege while De’Andre was born and raised on the rough streets of the Liberty City neighborhood of Miami. Alana sacrifices her dreams of attending Georgetown’s law school to support De’Andre and his career. Will Alana’s sacrifices be worth it?

Fair & Foul Part I
By: Honey

De’Andre
“De’Andre, I know this isn’t what you wanted but ya know your injury hurt your chances.” I listened but I wasn’t trying to hear shit Joe, my agent, was saying right now. I had just been drafted in the fucking sixth round when last year this time I was projected to go in the first round in the top ten. But shit happens, I guess.
Joe continued, “Just go to training camp and make a name for yourself. The Cougars know you can do it or they wouldn’t have wasted a draft pick on you.” “Look I’m going head to head against Jay’Von Riddick, the best fuckin’ receiver in the league. I’ll be lucky if I make it through the first cut.” “Dre, between you and I, Riddick is skating on thin ice. The front office is sick of his shit.” “If he keeps winning championships they’ll keep covering for him.” Joe grew silent and told me he’d get at me later.
I was sitting in my car in the parking lot of Alana’s apartment complex. It had been a few days since the draft and I was still trying to process what had occurred. I could still see this disappointment on my mom’s face. All I ever wanted to do was move her out of Liberty City and put her in Coral Gables or somewhere like that away from the craziness of Miami.