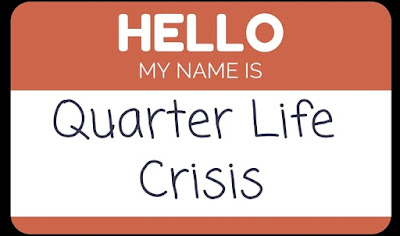 Normally I relish the benefit of being able to sleep in on the weekends. However, I was up at 4:15AM this morning and I couldn’t go back to sleep. I filled out a few job applications and by then I realized the sun was up. I ran a mile and while I was out in the early morning air this piece hit my spirit.

I’ll be the first to admit I am nowhere near where I thought I’d be at 26. It seems like just yesterday I graduated high school. Most days it feels like life is passing me by and my friends are passing me by right along with it. They are racking up achievements: job promotions, advanced degrees, marriages, home purchases, swanky vacations, and the list goes on. Yet here I am, merely existing from day to day.

Since 2013, May has become an especially trying month for me because I was supposed to have graduated from college in May of 2013. However, life had other plans and a few more detours for me. But for whatever reason this May has been extremely depressing for me as I look as the achievements of others: law degrees, doctorate degrees, masters degrees, proposals, weddings, baby showers, and the list goes on and on. Let me be clear, I am not jealous. I love seeing others achieve their dreams but oftentimes their successes only remind me of my failures. I realized a while ago I am experiencing a Quarter Life Crisis

But something has moved over my heart today and I feel the need to share it. Because I don’t feel like I’m the only person going through this. I want to share the five most important things that you need to know to survive a quarter life crisis.

2.    Let go of people: Some people are meant to be in our life for a season. When you sense their season is up in your life do not be afraid to let them go. It is hard letting people go because you remember all of the good times, all the fun times, and what that person meant to you. However, with some people the good times don’t last forever. In the past, I have done myself such a disservice when it came to my inability to let people go. I felt like I was failing myself or at times failing them. Don't hold on to unfulfilling unhealthy relationships (that means boyfriends, girlfriends, friends, associates, friends with benefits, whatever...).

3.    Failure isn’t final: I have failed more times than I’d like to remember. However, my biggest blow came last year when I realized that my dream of attending law school had become a dream deferred or possibly canceled. After finishing my 1L year I was broken on mental, spiritual, and physical levels. I’ve dropped out of college. I’ve been damn near homeless sleeping on friends’ couches. But somehow I’m still here. I went back to college and got my degree. As for law school, that is a story whose final chapter is yet to be written. But I’ve said that to say this. Failure is inevitable but it is not fatal or final. Sulk for a bit, then dust yourself, and get back to it. Take a different approach if necessary but failure simply is not the end of your story.

4.    Build your circle: Someone once said, “Show me your friends and I’ll show you your future.” I know this sounds cliché but no truer words have ever been spoken. Your friends and the people who you associate with speak volumes about who you are. Is your circle supportive? Is your circle successful? Make sure you are surrounding yourself with people who want to see you win just as much as you want to them win. You can go to the club with anybody but you can’t strategize with anybody.

5.    Keep it in perspective: A few days ago I was in my kitchen washing dishes and I began to cry. No, not because I hate washing dishes so much but because I realized I was standing in the kitchen of MY apartment that I pay the rent on without assistance every single month. Not once since I moved in back in August have I had to wonder where my rent or utilities money would be coming from. This is from cry from October of 2014 when I had no idea how I’d make the rest of my rent payments for the semester. I realized that even though I am absolutely nowhere near where I want to be I have come so far and I have a lot that I need to be appreciative of. I had to take a moment to put things in perspective. When you’re going through life’s daily inconveniences and setbacks it hard for us to really take a moment to appreciate who we are as individuals and how far we come. Take a moment to put your life in perspective.

**BONUS** Forgive yourself! At some point or another we have all made mistakes that is just a fact of life. Yes, some mistakes have graver ramifications than others but life goes on. You can’t wake up every morning pissed off by a poor decision you made in 2015. Learn from your mistakes, grow from them, and move on. No one is perfect. No, not even Beyoncé.

Anonymous said…
I really needed this reminder to help me out of my funk! I attended church today the message was similar to what I just read by you. I pray that you too can continue to move forward with your greatness! I've today learned that less of me is needed and more of God is necessary for this life to all come together. Keep going even if we have to crawl it's still a type of movement . The past is such a painful story but it isn't really it's those moment decision that we dwell on like you mentioned. I'll take it day to day and I know you will too .

Unknown said…
Excellent piece. A lot of people need to hear this!

Closed Until Further Notice By: Honey B. Baker
The last two years in my dating life have been quite simply a disaster. I have been on a couple dates that made me wonder when a camera crew was going to come around the corner. I have met dudes who were full of potential and others who left much to be desired.
Currently, I am jaded, embittered, and tired. For the time being I want to be left alone. My heart and my mind are closed until further notice. Over the past two years, I have endured a series of stinging blows that have wounded me mentally, spiritually, and emotionally. I need time to heal. FAIR & FOUL PART III
De’Andre Hicks should’ve been drafted number one in the professional football league draft. However, due to an injury caused by a traumatic accident that still haunts him he dropped to the last round of draft after missing almost a whole season. He finds his place with the back-to-back national champions the Carolina Cougars but his competition for the starting position is the best albeit most troubled wide receivers in the league, Jay’Von Riddick. All De’Andre wants to do is provide a better life for his mother and to be able to give his girlfriend, Alana, the things that she deserves as she sacrifices to support his dreams. Will De’Andre succeed? Or will he be left to wonder “what if”?
Alana Mitchell is smart, ambiguous, and beautiful and she knew she loved De’Andre the first time on the campus of Florida Technical University. Alana is following in the footsteps of her father, a successful corporate attor…
Read more

You're Good, He's Just Not Ready 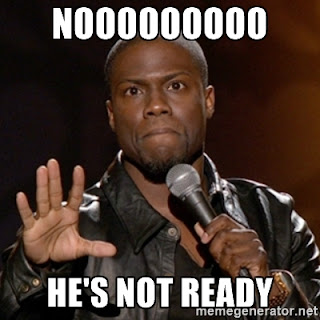 Originally posted August 29, 2016
Before going any further with this piece commit this phrase to memory: You are never good enough for a man that isn’t ready.
So girl, what’s up? What’s wrong with you? I mean you’re smart, you’re pretty, you can cook, you gave him some soul-snatching sex, you are the total package but yet he isn’t ready.
The conversation may have went a little bit like this:
You: "Hey, so we've been kicking it for a minute. I'm into you and I can tell you're into me too. I wouldn't mind us being exclusive." Him: "I mean you're a good girl. You're cool, I like you. But I'm not ready for a relationship right now."
Understand this you can have all the characteristics I listed plus some but if a man isn’t ready he isn’t ready. Your positive attributes hold no weight to a man that isn’t ready. Why isn’t he ready?
Read more